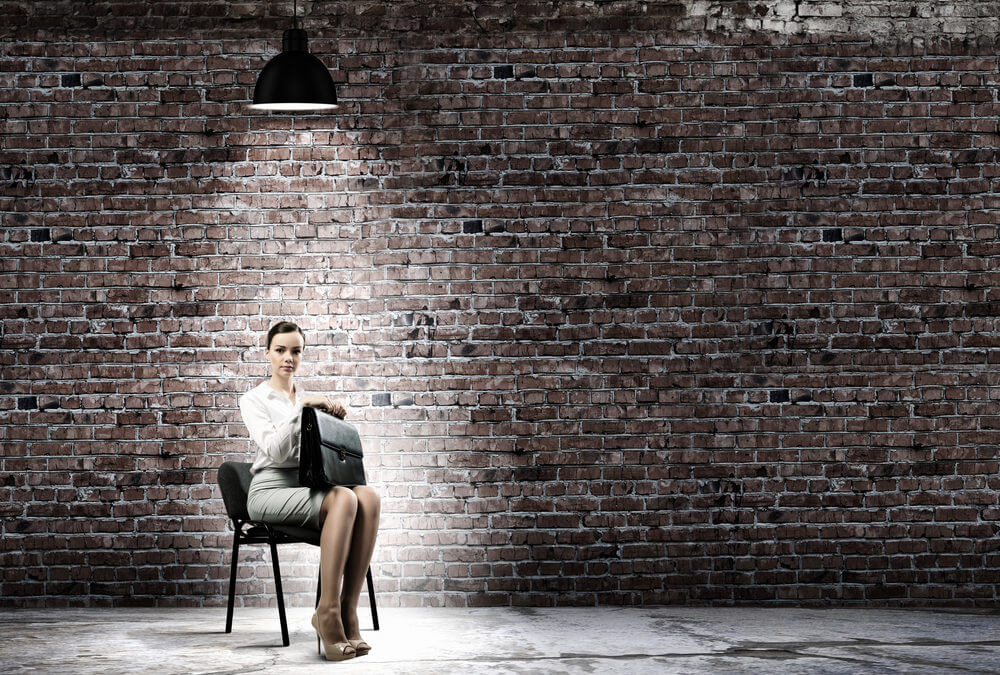 In 2004, CitiGroup was the world’s largest bank. HP’s business with CitiGroup was $350M p.a. and they had built a large team to manage and grow the account. The team’s account manager was Sherry, the purple dot on the slide below and a highly capable New York woman.

The account team was well constructed to manage the dozens of relationships and included 5 other Networkers as well as Sherry herself. The delivery assurance team (PDs) was also well-balanced and contained the right talents to assure successful delivery all hardware, software and services.

Business had flat-lined for the account team and there was no new growth. When the team went through Method Teaming© training, it was a revelatory moment. Sherry realised that there was not a single EQ to open up new areas of business within Citi. As the closest on the team to an EQ, Sherry was doing all the sales work herself. But the lack of a dedicated EQ was causing her two big problems. First, she was able to perform the job of EQ moderately well. But opportunities were being missed because it wasn’t her primary Intellect. Second, every hour she spent doing EQ work was time not spent building a world-class relationship with the CIO of Citi who, at that time was a female EQ.  Sherry had exactly the right Intellect to build this world-class relationship. This was vitally important to raise HP’s profile and grow its overall presence within the bank. 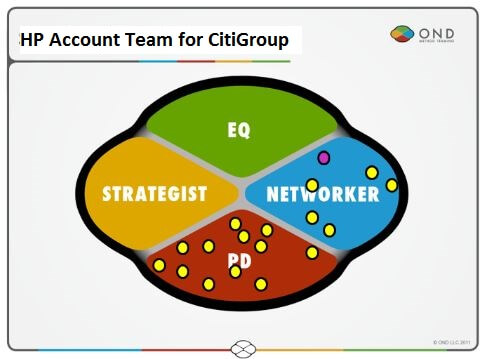 Sherry is the purple dot in the icon.

Sherry found someone within HP who she thought was an EQ.  Sherry also knew how to get her on the team, which HP did not make easy at that time. The EQ’s name was Noreen and she was transferred to work for Sherry. See the orange dot below. The effect was immediate as orders grew suddenly from a rate of $350m p.a. to an annualized run rate of just under $600m p.a. 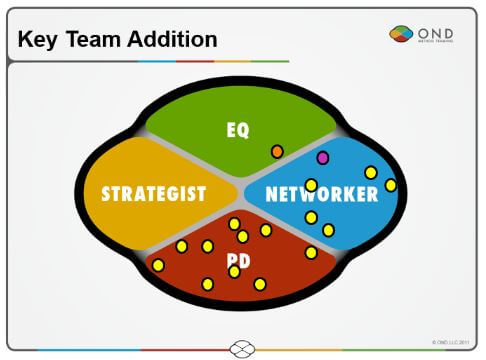 Noreen, the orange dot, was an EQ hire the team had to get right.

With Noreen in place, Sherry was able to spend all of her time building the relationship with the EQ CIO and becoming her trusted advisor.  Sherry’s strong political awareness and ability to read people were given full rein, and she had more influence in Citi than ever before. Meanwhile, Noreen was using her natural talent to open up new divisions of the bank. Sherry and Noreen and the other team members worked closely in step, each one performing the right role for their Intellect and handing off to others when appropriate.

Noreen continued in the team for 11 months before having to take a medical leave of absence. While she was away, Sherry gave up much of her account management work with the CIO and, again, filled the sales role. Sales revenues fell. When Noreen returned after 5 months, revenues grew again back to their high level and Sherry resumed her role as the CIO’s key adviser.

The CitiGroup account team became one of the most successful in HP globally that year.