Method Teaming as a Turnaround Tool in Private Equity 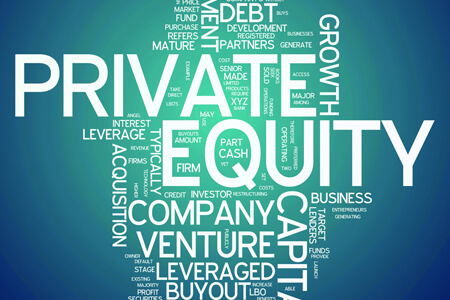 As in all turnaround situations, assembling an effective turnaround management team is critical to the success of the turnaround itself. No one person can turnaround a company. It takes a team who are not only individually capable, but who are committed to pulling the company in the same direction. The turnaround manager wanted to ensure each member of his team possessed the right ‘natural intellect’, as opposed to ‘learned skill’, for each phase of the turnaround and who were thus able to collaborate naturally and intuitively with others. He knew this could not be accomplished through ‘subjective’ interviews with high confidence.

Turnaround managers traditionally evaluate employees and their commitment to the turnaround plan through a largely ‘subjective’ interview process. In this case, the turnaround manager wanted and needed a more ‘objective’ process, one that was based on an easy to understand common language that would assist communications between him and the company, increase odds for a successful turnaround while also serving as a turnaround sustaining capability for the company.

During the assessment phase,  turnaround managers assemble their turnaround management teams  mostly through ‘subjective’ one-on-one interviews, which can be time consuming and rarely effective or efficient at identifying an individual’s natural strengths and how the turnaround manager should best leverage these collective team strengths.

Innovation in Turnaround – The Introduction of Method Teaming

The turnaround manager, as part of developing his turnaround plan goals decided to leverage a methodology called Method Teaming which had already been proven in other business environments. Method Teaming is specifically oriented toward assessing and providing objective insight into the ‘natural strengths’ of individuals, not ‘learned skill’. Method Teaming is well suited for helping align and assemble teams who are naturally collaborative and possess the Intellectual Diversity consistent with all points of a team’s mission. It provides a useful and easily understood common language (new internal capability) for both understanding natural talents (intellects) as well as understanding how best to align those talents with tasks necessary to the mission.

Pitfalls Avoided. The process helped make clear to each member of the management team the initial phase of the turnaround plan was heavily oriented toward increased internal process discipline (cash management, operations, pricing, etc.) designed to stabilize the environment. This phase clearly lent itself to a more PD focus (Execution) need. However, the management team, despite their various learned skills, were all EQs (Selling and Deals). Execution and attention to detail were not their inherent strengths and they understood if they tried executing the plan goals, they’d be ‘playing out of position’ and the chances of success would be reduced.

Better Career Path. In parallel, a separate problem and learning opportunity arose that helped the management team understand the benefits from Method Teaming. A senior employee leading a project (Execution) was having little visible success. The management team’s frustration had escalated to the point of wanting to terminate this person. Having been introduced to Method Teaming, they asked for the person’s Profile. They found the employee was a natural Networker and should never have been placed in an Execution (PD) role. The management team, with this Method Teaming insight and learning reassigned the employee as the Account Manager for an underperforming account, largely due to limited meaningful client relationships. Within fifteen months it became one of the company’s stronger performing accounts.

Success Planning. The turnaround manager fully leveraged Method Teaming as his ‘objective’ tool for ensuring the ideal and correct turnaround team make-up for each phase of the Plan. For example, in the initial phase, focused almost exclusively on internal operational discipline (better cash management, streamlined operations, etc.) management, with the benefit of the above learning, recognized and embraced the need for more factual/knowledge/execution support (PD) in that phase and supported assignment of PD intellect employees to assist. At the same time, the management team, in conjunction with the turnaround manager, began discussing successive phases of the turnaround and earmarking resources with the right natural strengths to meet each phase’s needs.

The turnaround plan enabled the company’s recovery from a negative equity hole, facilitated a positive profitability and cash flow turnaround despite declining Revenue as it re-structured its client portfolio. It fully restored the faith of its bankers, all within one year, as it set sights on ‘good future business’ growth.

The turnaround plan initially called for repositioning the company operationally, ensuring better control of Assets and Cash while modifying its customer portfolio, value proposition(s) and pricing.  But it was the turnaround managers ‘objective’ understanding of the Intellects needed and best suited for each initiative that was critical to success. The tasks were clear, but without the right Intellects to execute, the plan would likely have fallen short of its goals.