9 Reasons To Invest In People Before a Merger or Acquisition. 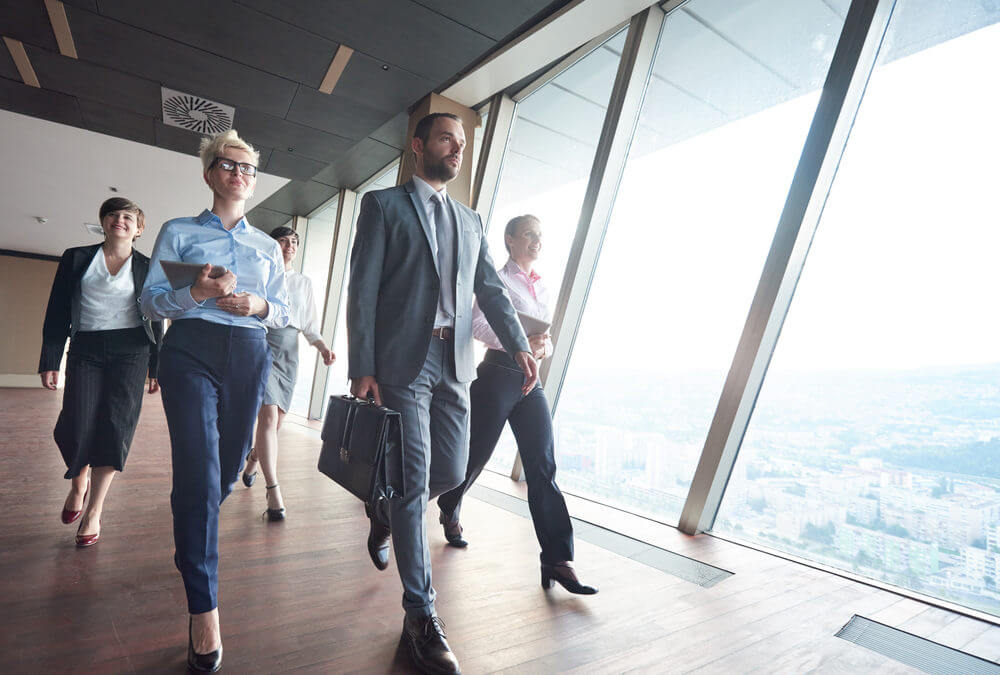 I’m betting some senior managers would quietly prefer to wait till after a merger before embarking on a talent improvement program. After all, why invest in people who may not be with you any longer after the dust has settled? But that’s an unenlightened point of view only worthy of the most jurassic executives.

Here are 9 great reasons why you should invest in employee talent-alignment and building teams of united talents before the chairs start moving. 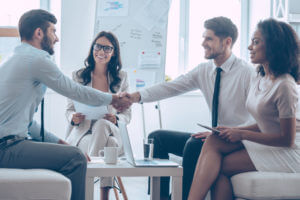 “Executive teams absolutely must get to know each other. If you skip the relationship-building phase of M&A, you are looking at a long, painful integration and a high likelihood of failure.”

Forbes is right about relationships. However history shows that getting to know each other can take years. The short timeframes of a merger/acquisition just don’t allow for that.

But there’s a new way. Knowing someone else’s talent – which can take minutes – means you can cut the get-to-know-you period from months to hours. And the other person will know every detail of your talent just as quickly. This isn’t hyperbole. There is evidence to prove it.

The emergence of talent-alignment means you can build strong business relationships far faster than ever before. 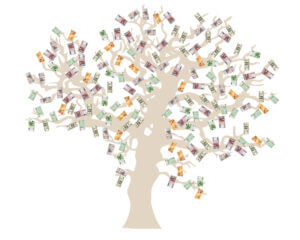 If you act as though your managers may not have a future, they’ll behave as though they may not have a future. The disruption around M&A activity goes on a lot longer than the weeks or months leading up to ‘the deal’. In fact it’s the long trail of time post-deal, when the pieces are still coming down, that causes most anxiety and stress. During this period, employees put a lot of effort into LinkedIn profile writing, résumé-burnishing, gossip, speculation, fortune-telling and other prodigal activity to try to find out what lies ahead. They can easily become demoralized – and that’s not good for your reputation either. During that time, a heck of a lot of work isn’t getting done.

Anthony Edwards of Quantum Workplace says “Being hyper-focused on oneself (during M&A) cripples essential team dynamics, thereby bringing productivity to a halt.”

Investing in talent-alignment allows people to feel confident about their future and minimize their anxieties. It’s far more meaningful than telling them ‘forget about the merger and concentrate on business as usual’. It shows you really want them to come through the acquisition unscathed – or better. When that happens they engage fully with their job. Not because you told them to, but because they can now point to incontrovertible, scientific evidence of their value to the organization. 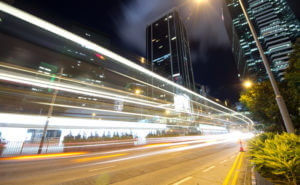 In most mergers, the reverse happens. Managers spend a huge amount of time fencing around each other, trying to discover each other’s strengths and weaknesses and comparing reputations. Speed is lost as the combined org comes to a stop.

Instead, if everyone was able to read each other’s talent like an open book – know what they’re naturally good at – the wasteful sizing-up process would disappear as managers turned to what really matters, getting everyone in the right seat.

When that happens the enterprise not only maintains ‘speed’ but also gets ‘direction’. The combination of the two delivers ‘acceleration’. That’s what the two boards of management wanted most when they agreed to the merger and it’s what your competitors most fear. 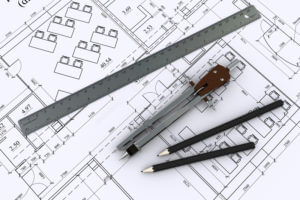 Deloitte says that during an M&A, employees often lose trust in their organization and feel betrayed by leadership. Consequently, they consider “jumping ship” as the merger or acquisition is implemented. Not only can this hit business continuity but there can be large financial implications from the cost of hiring new employees, the loss of knowledge/intellectual capital, and the loss of client relationships.

Deloitte says that a program of organizational support in which employees feel that their organization respects and supports them is key to retention. Deloitte adds that during the build-up to a merger or acquisition, organizations might discontinue training and development opportunities to improve their financial bottom-lines. But this is an error since the costs of attrition can far outweigh the cost of support, especially the type of support that shows the organization values their employees and wants to help them improve their job-related abilities.

Talent-alignment is the key to retaining intellectual capital. It’s now the No.1 methodology to help employees feel connected to the rest of the enterprise and continue to build their career there. And it costs just a fraction of the cost of replacing valuable staff. 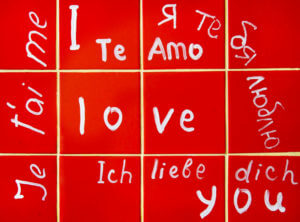 When employees feel that a moment is approaching during the M&A when they might have to explain their worth to both old and new bosses, they are often frozen in fear. But when they have the ability to do this in a clear and consistent language (such as is provided within talent-alignment), it makes all related conversations much more productive and much less stressful. Feelings are very important here. Employees feel they can discuss things with a minimal risk of being misunderstood and can show as well as explain their natural strengths.

In turn this leads to much better decisions being made – by HR and managers as well as employees – when considering where employees should sit in the new organization.

Talent-alignment provides the right vocabulary set with which to discuss the contribution that managers and employees alike can make to their organization. 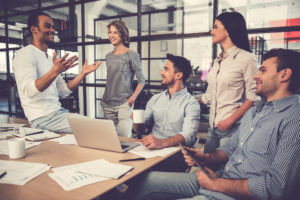 A newly-merged enterprise will be making and re-forging teams and departments in an atmosphere of confusion normally only seen in a start-up. It makes no sense to wait till after this process is complete to learn how to build teams of united talents. That’s like waiting for the storm to pass before building shelters.

When team creation and merging is close, the time to learn about talent-alignment and united talents is now. 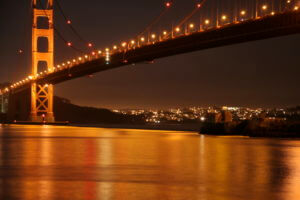 Increasingly, employers are expected to demonstrate a ‘duty of care’ towards employees. And there is no dearth of law firms waiting in the wings to sue corporations on behalf of clients who felt abandoned during the sudden tempest of a takeover.

Many senior managers do, indeed, feel a responsibility towards the people they hired and want to put an arm around their shoulder, to build a bridge to a safer place when an M&A looms. The problem is that those senior managers are not invulnerable themselves. How can they be a bridge if their own position is uncertain?

Talent-alignment is the bridge that will not founder under any circumstances. It is a perma-bridge, rooted in the core of the individual themselves, ready to connect with the next team, the next boss, the next department that they find themselves in. It is the greatest gift a company can give their staff.

Patrice Caine is the CEO of French aerospace giant Thales. He exemplifies this new way of thinking responsibly about employees. Patrice says, “Being attractive as a technological leader today means not only proposing highly technical missions in exciting fields, but also investing in collaborative and connected workplaces, and developing a culture where everyone can simply be him or herself. Delighted to see Thales in the top 5 of a ‘best employers’ survey in French magazine ‘Capital’ this month for working conditions, benevolence and career progression.”

Thales is already building the bridges to a talent-aligned future. 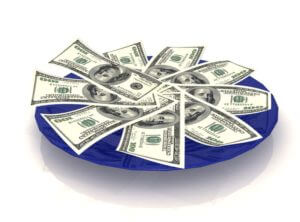 Embedding talent-alignment and building teams of united talents is the surest way for any enterprise to make more money and save more money. There is evidence to prove this.

But still, there is the temptation to ask ‘Yes, but does that work even in a merger situation?’

To which the answer is ‘Isn’t the tumult of a merger exactly the time when you need to make more money (to pay for the extra costs) and reduce your outgoings (to make the extra profits the shareholders are expecting)?’

Talent-alignment means you increase productivity (make more money) and do more with less (save more money) than you would otherwise, no matter what else is going on. 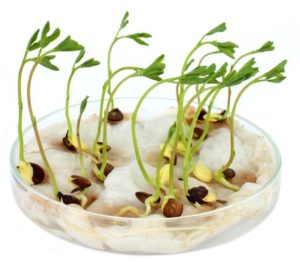 When is the right time to start building the culture of the new organization?

Bain and Co states that culture clash is the No.1 reason for a merger’s failure to achieve the promised value.

“Cultural integration isn’t something that can wait until a deal is done,” say Bain partners Dale Stafford and Laura Miles in the first line of the conclusion to their 80-page paper.  They go on to say that sophisticated acquirers anticipate and make plans to deal with culture clash.

Historically, the acquiring organization believes it has the right to impose its culture on the acquired. Victor’s spoils and all that. That would be fine – if the acquiring company’s culture is the best on the planet. But why not take the opportunity presented by the M&A to upshift the merged enterprise to a new and better culture that’s streets ahead of either of its constituent parts?

As reported in a previous post, a move to individual talent-enlightenment and teams of united talents will significantly upgrade all of the facets visible in a highly engaged, world-class culture. Plus, when employees from both sides of the merger see that there is neither victor nor vanquished, but instead a controlled progress to an altogether better culture that supersedes everything that went before, there will be less resistance to and more support for building that new organization. Everyone can feel they have a stake in her.

Leadership is crucial. “If the senior team seems truly committed to building a culture that excites employees about the future, then the tools of cultural integration will help pave the way to success,” say Bain’s Stafford and Miles.

When talents are aligned with jobs and teams are built of united talents, the organization finds a new gear.