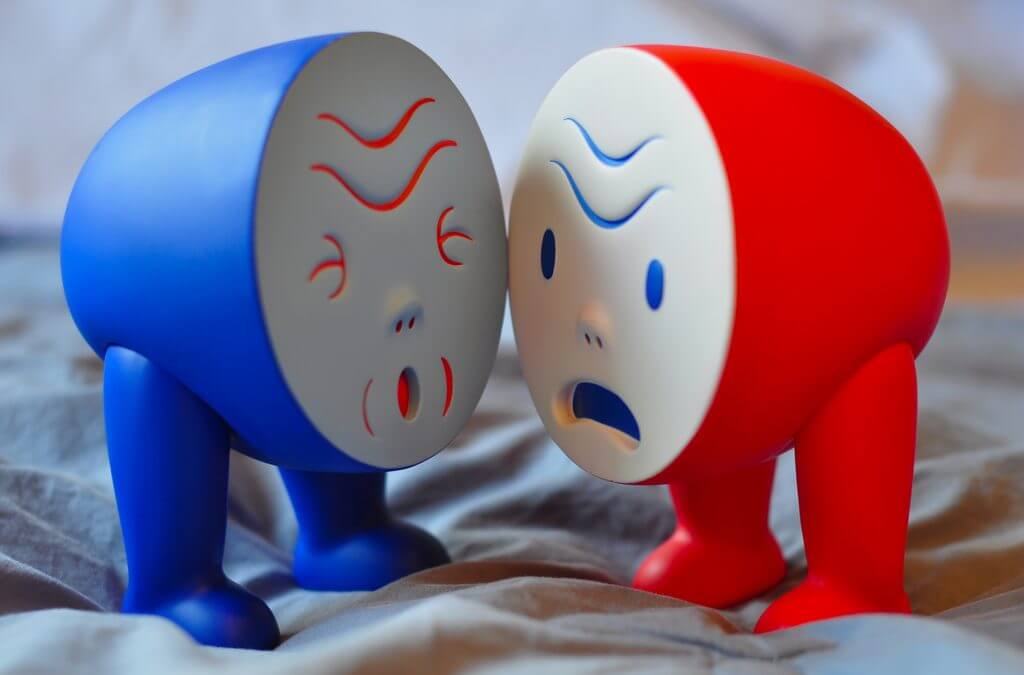 Personality Clash. It’s an unscientific term for something we see very often and yet understand very little. It’s a major cause of firings and the second-biggest factor in resignations (the biggest factor is neglect, but that will be covered in another post).

It’s commonly evinced in phrases like ‘I don’t get on with him/her’, ‘we don’t see eye to eye’ or the brutally honest ‘they can’t stand each other’.

So why is it that two, often very talented and highly-motivated people, can’t work together in the same team? Some people think it’s an inevitable ‘Alpha Battle’ in which the office’s dominant characters vie for supremacy and control. But we’ve all witnessed dozens of situations where ambitious execs work co-operatively too. These are by far the majority. Something else must be going on to cause the type of hostility we see in these internecine clashes between otherwise civilised people.

The Appliance of Science.

Science can throw a light on this. Method Teaming is a science that understands how different people’s ‘Intellects’ combine to form the perfect team. In this context ‘Intellect’ is not how intelligent you are. It is how your intelligence is channelled. We each have one of only four primary Intellects and these will stay with us throughout our life. If we are lucky, we will find ourselves in a work team where our unique Intellect (our primary Intellect plus all the secondaries) is a natural fit with the Intellects of our colleagues. But if not, we may find that our Intellect jars with others and there are two of us who are trying to do the same job. This is a natural cause of conflict.

According to Method Teaming the problem with a ‘personality clash’ between two employees is not that they can’t stand each other. It’s that they can’t understand each other. A Method Teaming Intellect Profile (MTIP) carried out on both of them would illuminate how and why they are trying to occupy the same space. Once they understand each other’s Intellect and natural motivations – the unseen drivers that fuel our sense of purpose – they would realise that the other one is not trying to be competitive, but is simply being pulled in a particular direction by their underlying strengths and talents. Cue a tearful meeting to work things out and distribute responsibilities.

We are rarely able to report on occasions when Method Teaming is used within a corporation to resolve conflict. But one of our trainers recently brought Method Teaming into play in the course of some long-running family tensions. Here’s her story. If you don’t speak Method Teaming, skip over the technical detail and absorb the rest:

A Tale of Two Brothers. How Method Teaming healed a breach in a critical relationship, making a family stronger.

Our subject is a large, close-knit family. It is a team bound by blood and a commitment to help one another.  A series of minor misunderstandings, layered with frustration allowed mistrust to fester.  From mistrust rose factions threatening the family health. Sound like a team you’ve been on? What to do?

Central to our story are two brothers, Juan and Tomas. I had the opportunity to create a Method Teaming® Intellect Profile for each.  What I learned, then shared with them and the family, changed everyone’s perception of one of the brothers, for the better.  The trust gap was closed.  Going forward, decisions were made differently.

The brothers were close in age and temperament.  Both highly intelligent and driven.  They chose the same profession.  Though not competitors in business or even in the family, neither aimed to best the other.  But on one issue they continued to butt heads: meeting the needs of the extended family.

Juan was seen as unreservedly generous.  Whatever was needed, calendars were cleared, wallets opened, no questions asked. Tomas was seen as resistant, less responsive and generous. The timing wasn’t convenient, he always seemed to say. He was known to grumble, “You’re making me look bad.”  Did he want to help or not?  It was hard to tell.

Siblings and spouses talked quietly behind the scenes, albeit never maliciously, as this was against family code. Their objective: find a productive way to deal with this divide. Their informal decision? Ask less of Tomas. Strife lessened, though an uncomfortable, unspoken undercurrent survived.

Was it an accurate read of Tomas’ intentions?  Could the trust gap be closed with deeper understanding? Small fissures can crack open big objects under stress. How many small, misunderstandings result in preventable blow-ups that threaten or derail critical work in our teams?

Let’s consider their profiles.  As a Method Teaming consultant, what did I see?

Since Tomas’ behavior was perceived more negatively, let’s begin there.

Knowing this, are you surprised that Tomas seems unresponsive when asked to ‘drop everything,’ to help a member of the extended family?  Couldn’t you predict it?

There are interesting similarities. But there are also two material differences.

Need someone to devise a plan to meet an unexpected problem? Juan is a natural.

Working hypothesis:  Give Tomas more time to plan how he is going to help the family and he will do so, in equal measure to Juan.

The result: Tomas was ecstatic that the family finally got it!  Yes, just give him some warning. He wanted to help all along.  It took time to convince the family.  Building trust takes time.  It is the hardest element to build in a successful relationship, and the easiest to destroy.  It has happened. Tomas now initiates and funds major family events.  This forces the rest of family to block their calendars much further in advance than they would otherwise.  However, they tell us, “It is always worth it.”

Do you have a ‘Tomas’ in your business team, someone who is high capable but never seems to give of their best? Method Teaming will help you identify the cause and show you how to fix it. It might be something very simple, but if you don’t know how to look for it, it will continue to fester and cost the rest of the team dear. Build your entire team with Method Teaming. Get all the parts working together like wheels in a well-oiled machine.

(With thanks to Susan Duralde.)