Corporate Governance and the Mystery of the Double-Crossing Talent. 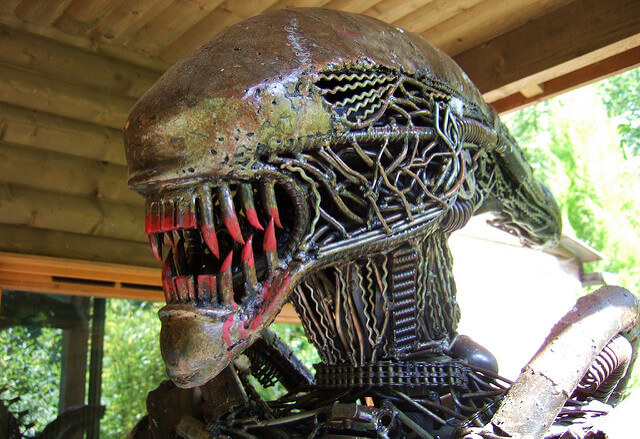 Some businesses have some scary people working for them.

A long time ago a talent was a unit of currency. More specifically, it was a weight of precious metal, usually silver or gold. It was used to buy and sell goods and to pay off annoying armies camped outside your city wall.

It is said that in 330BC Alexander the Great gave a reward to a Persian shepherd who had shown him a mountain pass that would allow the Greeks to escape encirclement. He gave him 30 talents of silver for his treachery. That event became known far and wide and, later in history, 30 pieces of silver was used very deliberately to label someone else for a huge betrayal. But that’s another story.

Somewhere along the line talent lost its meaning as a unit of money and instead came to mean an innate natural strength*. It crossed a boundary. Talent was now understood as a certain indefinable asset that you are born with, which, if you followed its pull, would allow you to excel in certain areas.

Fast forward to our industrial age and if you became good at something (music, pottery, clock-making, high explosive manufacturing) people would say ‘you have a talent for it’. Natural talent and life fulfilment were closely related.

Then something went adrift.

By the 20th century talent had begun to renew its connection with its original meaning. People began to use their natural talent, not in the pursuance of life in all its richness, but in the pursuit of riches in life. Your talent was measured in the size of your salary check. Talent was gold. Its meaning had crossed back.

The problem for corporations – and particularly banking and finance corporations – was that their controls and systems were devised for a time when developing your talent still meant becoming a great human being. When the ethos changed and sales people were told to forget about finding their inner self and close some monster deals instead, we grew people like Joe Jett, Nick Leeson and Jerome Kerviel. Like a scene from Alien, banks were being torn apart by creatures from within.

Corporate governance is still trying to adapt to the new normal. But like a game of whack-a-mole, board directors and compliance officers are permanently tensed up and stressed out as they tighten their grip on the hammer and watch for the next rogue to pop up from the trading floor. Nobody believes there won’t be one.

There is a solution to all of this. There is a way to shrink the rib-cracking alien inside the body corporate and remove her (or his) teeth so you can return to running the ship. Method Teaming is a teaming science which can accurately place people in work teams where they will enjoy doing exactly what the corporation wants them to do. And nothing more. Almost all compliance issues have been found to concern individuals – or very small groups of individuals – who were disengaged and disaffected. They had lost any emotional connection with their team. Method Teaming can, among other great things, ensure that this never happens. It will make sure that only the right people are recruited; that they are placed in teams where they will be engaged and – even more important for some managers – that as they develop their talent and become high performers they are more likely to stay in position and not change jobs.

Recruit, engage and retain. And stay compliant. It’s no mystery.

*Probably the parable of the talents in the book of Matthew had something to do with this.

“Like a lot of companies HPE has spent significant time and money working to roll out new sales process and product information to assist our sales reps. Using Method Teaming, we have increased the confidence of our sales reps. And a more confident sales rep is a dramatically more competent sales rep.” Iain Pringle, Sales Manager, Technology Services, Hewlett Packard Enterprise.