Employee Engagement. The Amazing New Way to Retain Staff – Find Out What They’re Gifted At. 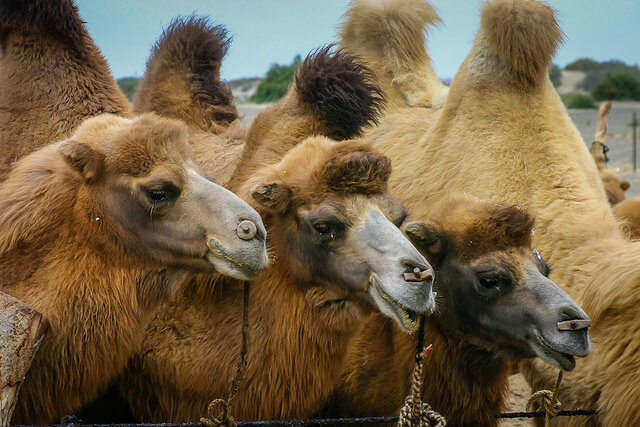 Camels can’t fish and we can’t succeed in areas outside our natural talents.

Human Capital Management begins with focusing on your employees. Not your vacancies.

A well-known Big Six consultancy in the 1990s used to promote talented managers to partners and then fire them for being incompetent. Seriously.

The firm had created the image of the perfect partner – and everyone had to become the image.

The perfect partner was brilliant at sales, they said. They also excelled at project management, they were gifted networkers, they were inspiring leaders, they were far-seeing strategists…and so on. Training courses were laid on to help partners achieve business sainthood in all these areas of endeavour. But, if they couldn’t become a 10/10 performer in any one of these disciplines, woe betide. The axeman was sent for. Career blood soon spattered the boardroom carpet.

That’s an extreme, albeit true, example of superman worship.

But in almost every organization, talented managers are eventually promoted (or sideways-moved) into roles for which they are not suited. For instance:

Jim gets cajoled into accepting the director role. But it’s not a role that he’s cut out for. Burn-out follows. Jim fails.

“I always thought Jim was talented. He must have lost his mojo,” murmur his colleagues, tip-toeing around the blood.

But it wasn’t Jim’s fault that he failed.

He fell victim to the culture that says everyone can grow into their new role and eventually master it. Even if it’s like asking a camel to catch fish.

Unfortunately, none of us can adapt ourselves beyond the reach of our natural strengths and talents. A mountain-size pile of broken dreams in the lot behind every corporation testifies to this.

But now, enlightened HR managers are promoting a new way of thinking. In this breakthrough vision, corporations will no longer start with the role to be filled and then look to see who can fill it. Instead, they will reverse the process and focus first on the needs of their staff. They plan to map the natural strengths and talents of every employee until they fully understand what they’ve got. Then they’ll place each one in the role for which they are gifted. Research shows this is the best way to retain valuable staff and get the most out of them.

Only after this process is complete will they look to see which roles are still vacant. Since they haven’t got those talents within, they’ll recruit from outside to fill them.

A HR professional said to me, “It’s as if a gardener had an Einstein moment and realized it’s stupid to start with the hole in the ground and then dig up a nearby plant to fill it. Instead, you start with the plants you’ve got, assess their needs and put them where they’ll grow. Only then do you go to market and find the right plants for the remaining holes. It’s only common-sense.”

“Unfortunately, none of us can adapt ourselves beyond the reach of our natural strengths and talents. A mountain-size pile of broken dreams in the lot behind every corporation testifies to this.”