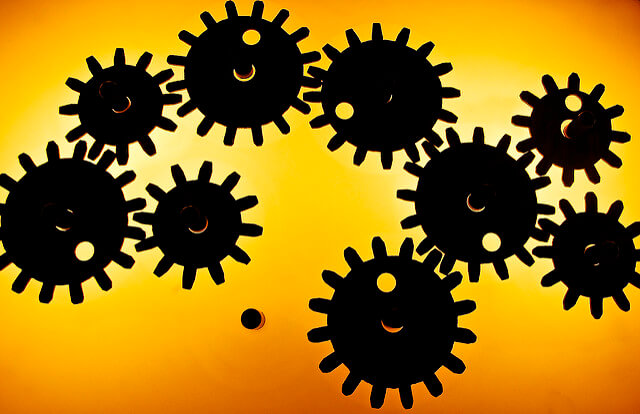 Every team should function like a well run machine

Part 2 in a series on team formation and productivity:

What makes a talented individual perform highly in one team while only weeks before their performance in a different team was so weak they were almost fired?

Is it the leadership provided by their new boss?

Is it the faster PC terminal?

Or is it that they are no longer playing ‘out of position’ but are now performing the kind of work which suits their natural talents?

It’s becoming clear that many of our assumptions about the kind of work we are good for are entirely erroneous. We believe that if we have studied to be a doctor, for instance, and have specialized in neurosurgery, that we would fit well into a team performing neurosurgery operations. It sounds like pretty fair logic, doesn’t it?

Unfortunately, the evidence shows the logic is flawed.

New research in businesses aimed at understanding how to build effective teams has thrown up some shock conclusions. Since more and more work is done in teams, because of increasing complexity, it’s ever more vital to construct those teams with engineering precision. But, far from precision, current work teams are often built as if an engineer had taken a bunch of gear wheels made for entirely different machines and thrown them into the same engine and expected them to immediately mesh and work perfectly. The wheels may have been individually beautifully made. But unless they are assembled with a high regard for their original purpose and an eye on how they will interlock, the result will be a disaster.

Here’s why it’s important. Employee survey firm Officevibe says that 88% of employees don’t have passion for their work. For senior managers it’s nearly the same figure, 80%. And 79% of firms believe they have a significant engagement and retention problem. 26% are actively disengaged, says Dale Carnegie, while a further 45% are simply ‘not engaged’. The authoritative Deloitte Shift Index is even more emphatic. 80% of us dislike our jobs, it says bleakly.

The cost of this disengagement is staggering. Employee productivity struggles to reach the 60% mark in the US. It’s even lower in most other countries. Imagine how much work you could get done, or how many fewer employees you would need to hire, if you could push your organization’s figure, worldwide, into the 80% or 90% range. This can be achieved, and it’s not as hard as you might think.

The research into teams has developed into an entirely new branch of science, teaming science. Method Teaming is the premier exponent of teaming science. Teaming science reveals that to ensure employees are fully engaged we must first understand the layout of an individual’s natural strengths and talents and then hand-build our teams by putting together individuals whose talents are complementary and whose combined talent mix matches the mission of the team. It’s a bit like choosing gear wheels that were made to work together.

Our natural strengths and talents sit at a very deep layer within our minds, a layer known as the limbic brain. The limbic brain is the oldest part of us and is core to our identity and sense of self. Skills, on the other hand, are hosted in a cosmetic layer known as the neo cortex, along with facts. Skills and facts can be easily learned, but they do not drive us or motivate us. Talents, however, are powerful forces that pull us like wild horses towards a certain kind of work. If we try to ignore them and follow our learned skills instead, we will never be fully happy at work and our productivity will show it. The problem has been that until now, talents have lain invisible and we have been slow to discover a mechanism that will shine a light on them. Teaming science has changed all that.

It’s now possible for all of us to view the map of our own talents and see exactly where we place on the map of our team’s and our organization’s talent. Armed with this insight we can gradually begin to move ourselves to a place in our organization where we will have the greatest impact and where we will be most engaged. For managers, teaming science affords the possibility of hand building a mission-perfect team, knowing in advance that it will be successful.

Method Teaming has been around long enough that there is now a strong body of evidence showing that it works. Organizations are improving their engagement and retention numbers dramatically whilst employees are simply happier at work. The average productivity per employee has risen to 88% for those organizations who have implemented Method Teaming. Nor does it take long for the ‘engagement effect’ to kick in. Managers at Hewlett Packard Enterprise have gone on record saying that Method Teaming programs are earning internal ratings from staff way above those for other programs they have participated in.

Improving employee engagement through teaming science is the new way to do more with less. It’s set to overtake IT and process engineering to become the main battleground for competitive advantage over the next 20 years.