Going deep. How the Sahara Desert is like the human mind. 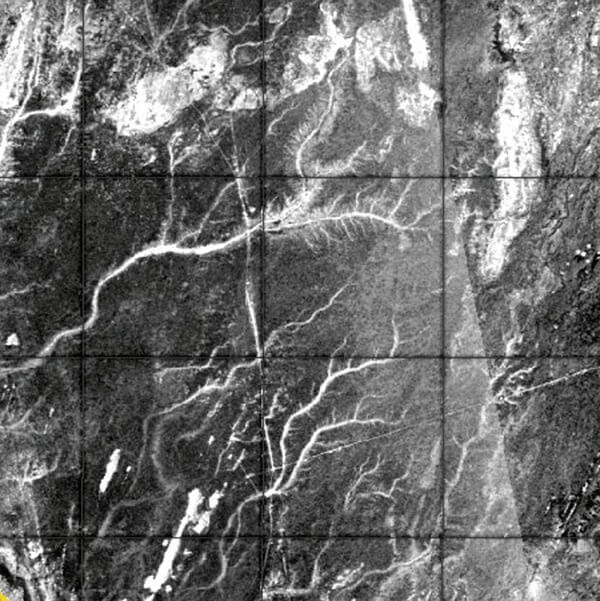 9.4 million square kilometres of sand. A featureless landscape almost devoid of life. The graveyard of travellers for thousands of years. We all know there’s nothing interesting about the Sahara desert, don’t we?

Scientists are now using new technologies to look below the surface of all that sand. The Sahara wasn’t always desert. Only 5000 years ago there were rivers and savannah grasslands covering most of the surface of North Africa. Hannibal’s famous elephants were a breed that inhabited the north-west of the Sahara, near the Atlas Mountains of Morocco and Algeria.

Now, ground-penetrating radar has revealed not only river basins and artesian wells and aquifers. Roads, settlements and monuments have also shown up, silently and patiently waiting to be discovered so they can tell the story of their creation and the human hands that made them.

But the human mind has a lot in common with the Sahara. We know a lot about the visible part of the mind, the brain. Its rippled lobes have surrendered their secrets to surgeons as easily as the desert’s rippled surface has been plotted by explorers.

But the invisible mind, that undiscovered country which hovers between our synapses and neurons is also shrugging off its coyness and stepping, albeit with some persuasion, into the glare of investigation. The latest revelation comes from an unlikely source, a consultancy firm that specialises in assembling purpose-built teams for its corporate clients. It turns out that all we thought we knew about personal ambitions, talents and skills was wrong. We thought that if someone wanted to be a mining engineer they should study engineering, enter the mining industry and then they would be happy and productive. But it hasn’t turned out that way. 80% of us hate our jobs.

Instead the consultancy firm, OND, has used research which shows that at the core of our being our minds channel our intelligence in one of four primary ways. For want of a better word they call these channels ‘Intellects’. Just like the river channels beneath the surface of the Sahara, these Intellects are more indicative of the true nature of our being than all the panoply of learning and skills that we layer on top. And just like the underlying map of the Sahara with its interwoven harmony of paths, villages and streams, our Intellects will tell us where and how we will best interweave into a work team in a way that will make us truly contented and give of our best for ever.

The undiscovered country of the mind is revealing its depths. What’s under your surface?