How to reach inside a buyer’s mind and turn ‘No’ to ‘Yes’. 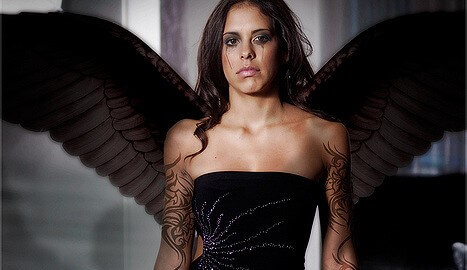 No need to be afraid of the buyer ever again

There’s an exciting new shift taking place in the perma-battleground between salesmen and buyers. It’s emerged from the revelations that have poured out of the science of Method Teaming and its discoveries of the tectonic talent plates, deep inside our minds.

The new shift is being proven in hi-tech Fortune 50 companies like Hewlett Packard Enterprise where an entire region hit its 2016 numbers in only six months (email i@methodteaming.com for the full case study).

In the past, salesmen and women got used to the ‘close one in three’ ratio. This means that for every three serious opportunities you’ve got running, you can expect to close one of them. And that’s if you’re good.

If you’ve only got two deals on the table you might close off the month scoreless. That could mean a change of surroundings.

Method Teaming has been helping companies for 10+ years to improve employee engagement and build teams that they know in advance will be successful. These teams might be in finance, back-office, field engineering or service delivery, not just sales. But it’s in sales that teaming science has gone one very large step further. This large step is a program called By-Intellect Selling. By-Intellect Selling teaches salespeople how to have massive respect for how a buyer’s Intellect (not how intelligent you are but how you channel your intelligence) works. It allows salespeople to look inside buyers’ minds and see the channels of their thoughts. Yet it can be learned in a day!

Armed with this understanding, salespeople can present their arguments in the manner that a particular buyer wants to have them presented. In a pitch to three buyers in a room, a saleswoman can now pollinate them with her ideas using three entirely different, but easily created, structures of words and phrases.

The evidence for success of this new way of thinking is already impressive. As usual, big companies are among the first adopters. They are racking up massive sales figures. But the science is easily taught and can be taken on board by any company.

Method Teaming science is the new kid on the corporate block. It is already becoming the key to winning the next big battle for competitive advantage – employee engagement. But if you’ve already got the perfect team and you just want them to close more deals than they were before, that’s good enough reason to jump in.

Take the plunge. The water’s warm.

Several big companies have adopted Method Teaming. They are racking up massive sales figures. But Method Teaming is for organizations of all sizes.