How Wilbur Wright surrendered to his natural talent and gave us the airplane. 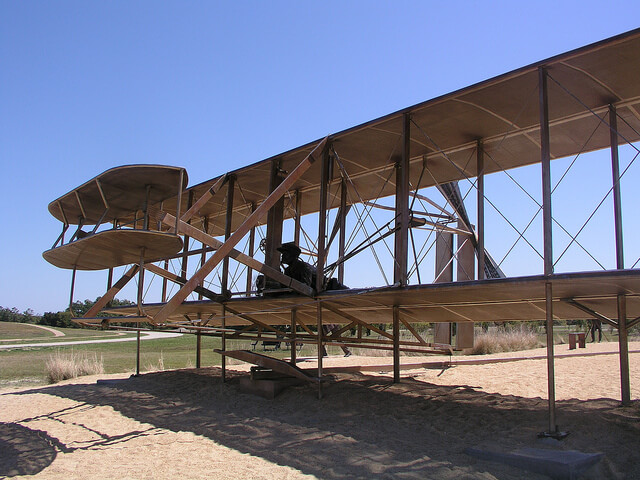 Wilbur Wright in 1894: “None of us has as yet made particular use of the talent in which he excels…”

This is such an exciting phrase. Wilbur is telling us that by the standards he expected of himself, he and his brothers had failed. He’s kind of hard on himself. Although their original business, newspaper publishing, hadn’t taken off, their bicycle business was doing moderately well. In fact it was to fund what came next. But Wilbur was dissatisfied with how things were going. There was something gnawing at his insides telling him that he was made to do better than just ‘so-so’.

Somehow he found the courage to let go and move on. Wilbur and Orville were both fascinated by the research of German aviator Otto Lilienthal. When Lilienthal died in a glider crash, the brothers decided to start their own experiments with flight. They headed to Kitty Hawk, North Carolina and began work on their own design.

In doing so, Wilbur was taking a big risk. But his natural talent, that six wild horse beast that lies deep within all of us, was urging him forward. Eventually he surrendered to its relentless pull.

Wilbur was lucky. He found what he was made for, though he would not have understood the process that brought him there. We however, with the 20:20 vision of Method Teaming to help us, can look back and see that the reason Wilbur did not become wildly successful in the bicycle trade was because his natural talents were not aligned with what was needed to market and sell bikes. His heart just wasn’t in it.

Many of us retire to our graves having sweated for the boss and never having discovered what we were made for. Our hearts are not in what we do. Today it really isn’t necessary. Method Teaming is able to uncover the type of work we were born for. Not the profession, mark you, it won’t tell you that. But it will tell you how you will most enjoy putting to work everything you’ve learned. You will look forward to coming to the office. You will find yourself, suddenly, working in a team who appreciate what you do. And, possibly a bigger surprise, you’ll appreciate what they do.

So if your or your team’s prospects are not yet making the newspapers, take a big risk and climb aboard Method Teaming. It may be what your career needs to take off.

“You will find yourself, suddenly, working in a team who appreciate what you do.”