Leadership Development – the reptilian error we’ve been making for years. 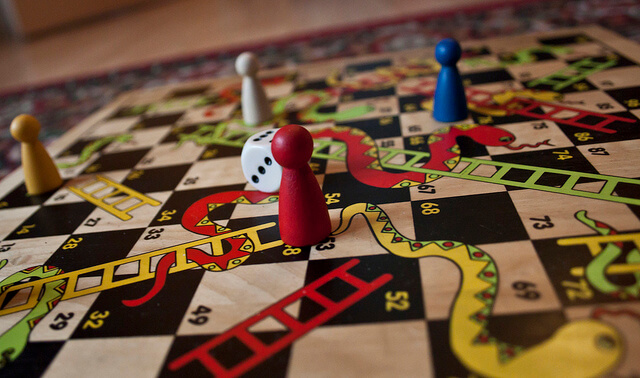 We’ve been carrying out massive career mutilation for decades in the way we develop leaders. The cost in wrecked lives and marriages is high enough. But it’s the lost productivity that the bean counters will focus on.

Here’s the received wisdom: you’ve got a bright young manager who appears to have ‘moves’ in them. Upward moves, that is. They’re talented and hard-working and they should be able to progress upward through the organization’s ranks. Maybe be a C level one day.

You decide to promote them to a more senior role. But it’s a role that needs, let’s say, some political awareness which so far they haven’t shown. There are some highly ambitious execs on the next level up and your protégé will have to be canny. So in order to prepare them, you put them on a short management course to teach them about consensual decision-making, negotiation skills and the like. A sort of 5-day MBA.

Over the next year you watch the result and it’s not pretty. Your next Bill Gates is very good at detail and process. But they fail at every turn to win support from same-level managers in sales, marketing and other divisions. He or she has the negotiating skills of a timber wolf and just as many friends. The wheels are coming off a once-promising career.

Did you promote them too soon?

Did you promote them for the wrong reason?

Did they deceive you that they were better than they were?

Your sense of responsibility for their fall is admirable.  But here’s where you – and we – have been crazy all these years. I’ve bolded and centered it because it’s vital you get this:

You didn’t discover your mentoree’s natural talents before pushing them up the ladder.

In their case, their natural talent for networking and political maneuvering was non-existent. Putting them on that particular management course was like trying to turn an engineer into a dancer by giving him some ballet shoes. Some people just don’t dance. You pushed them up the wrong career ladder and, for them, it turned into a snake.

How to develop talented leaders – naturally.

First, here’s what not to do. Don’t try to turn a hamburger into an omelette. Your colleague can’t become someone they’re not, just because a job opening requires it. And don’t try to intuit or guess your colleague’s hidden talents. That’s like trusting a pine cone to tell you the weather. Fine if you lived in a stone hut but not in an era of satellite forecasting.

Second, here’s what to do. It’s your way to a managerial home run (Or a 5-over century if you’re British or Australian). Find out your colleague’s natural strengths and talents and encourage them to build their career around these.

Method Teaming® is a science that understands this stuff. It can literally map someone’s talent and display it on a single sheet. It’s the satellite forecasting to your intuition’s pine cone. (If you still trust your intuition more than science, remember that 80% of us hate our jobs [Deloitte]. Your intuitive vision just might be perfect but the rest of us can’t find our own reflection in a hall of mirrors, let alone someone else’s.)

Don’t you owe it to your colleague(s) to use the best scientific tools to help them on in their career?

But if you want to get a good night’s sleep, you won’t do it by pushing people onto snakes instead of ladders. Just think of what the bean counters will have to say about all that lost productivity. And if that doesn’t work, then think about all the marriages and lives you’ll save.

Your protégé – the next Bill Gates – is very good at detail and process. But they have the negotiating skills of a timber wolf and just as many friends.