One Group You Need On Board For Your Business Change Project To Succeed. 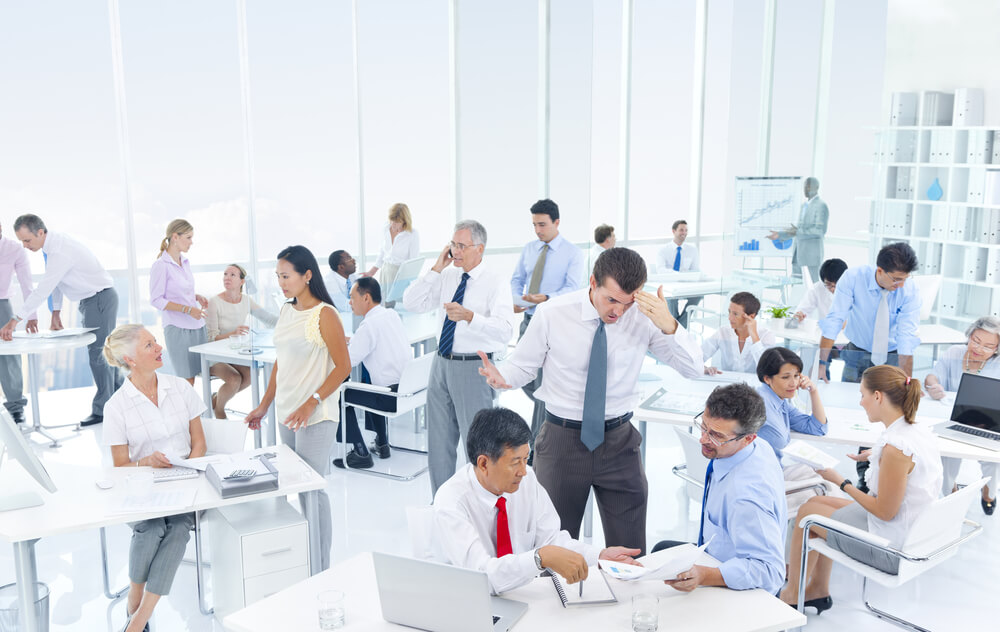 Everyone knows that most business change projects fail. Some fail outright and end with broken careers and the company returning to its old processes. A larger percentage achieve some of the goals they set out to score but barely cross the breakeven line in terms of value for money spent across the project.

There are many earnest consultancies specializing in change management supporting such projects. They provide some great capabilities such as readiness assessments, change methodologies, communication planning and training. They are worth listening to and hiring. But projects are still failing and it’s not because of lack of endeavor. It’s because they haven’t identified one key Intellect group that can make it happen and enrolled that group in the play.

Before we come to the solution let’s look at the problem in more detail.

A little research on the web throws up a huge number of seemingly  different reasons for business change failure. Here are some of them (skip these bullets if you don’t need reminding):

Lack of Visibility: Managers have not shared with each other all the projects going on.

Overloaded Resources: Employees have to do their regular job as well as the change project.

Communication Gaps: No centralized view of the project’s history.

Unreliable Estimates: Money and time both run out.

Unmotivated Team: Team members not told what’s in it for them.

But what’s interesting about this list – and all the other reasons that I don’t have space to enumerate – is how many of them concern people and the communication between them.

Indeed, of the four principle dimensions of any project: People, Process, Strategy and Technology, the last three are relatively easy to control. Process, Strategy and Technology can all be planned, described, measured, costed, timelined, analyzed, de-risked and monitored. The only dimension that is highly unpredictable is the people dimension. The people dimension is the one that is least susceptible to control and manipulation. And yet, it is the one dimension where most projects fail.

In every team and department, at every level of management and staff, there is a group of people who have a peculiar natural ability. This group builds networks of trust like invisible fibers, unconsciously, throughout the enterprise. These networks are their political capital, their wealth – and they protect them zealously. They build trust almost immediately and it lasts forever unless, unusually, it is broken.

They are also extremely good at picking up your every nuance and eyebrow tic and blending it with your words to arrive at a conclusion of whether or not you are being completely open about your plans. They see success is through people and only through people. They are 20% of your organization. They are Networkers and collectively they are formidable.

Networkers are the most important opinion formers in your business. They carry influence within and beyond their branch in the management tree. Each one typically holds sway over 60-70 of their colleagues (those who are close to them and those who watch them from a distance). They have powers of communication which, if mobilized, deliver more real bandwidth than all the fiber in a medium-sized country. And they can be the difference makers for any change management initiative. For a business change project to succeed, with all its hidden rocks and sudden tides, it’s absolutely vital to have the Networkers on board with company and project leadership. Conversely, if the Networkers are not on board, they can kill a project with nothing more than a sprinkling of raised eyebrows and sideways glances.

Who Are The Networkers?

Networkers are one of the four principal Intellect groups as revealed by the science of talent-alignment (Intellect is not how intelligent you are, but how your mind channels your intelligence). But Networkers were not typically recruited for their networking talents. Networker is not a word that appears on their résumé. For the most part, they don’t even know they are Networkers. Nor are Networkers a secret cabal. They don’t know each other or meet secretly in Stairwell B whilst everyone else is at the bar. It takes a new kind of science to reveal who the Networkers are, even to themselves.

Why Networkers are so Important to Change Management

Networkers can sway opinion more than any other Intellect group. They carry enormous influence with the regular troops. People look to them consciously or subconsciously the way weather watchers read a weathervane. They can diss a new idea into submission or they can help it cross the finishing line. If employees are looking which way to jump on any controversial issue, Networkers can make the difference between acceptance or rejection.

Numerically, Networkers are outnumbered by the most populous Intellect group of all, the PDs (Project Directors). These make up 55% of the world’s population and are often engineers, programmers and people who can plan, engineer, and execute the work. But PDs are not as well connected as Networkers. They are not wired in to people and influence in the way that Networkers are. And their networks tend to be smaller and less open than those of Networkers.

Any major project involving change will stand or fall on whether or not it wins overwhelming support from the workforce or merely grudging acceptance. If the former, all the goals set by the change management team will be achieved. Problems will be overcome. If the latter, the project will become yet another on the smoldering pile of corporate flagship might-have-beens. Of the four major dimensions of any project – Strategy, People, Process, and Technology – it is the People dimension that is the least understood. This is the one dimension that cannot be anticipated or marshalled at will by the business change team. It is the dimension where the vast majority of unsuccessful projects founder. Only Networkers have the ability to secure the people dimension, to swing the weight of worker opinion behind the project or get the project back on track; to transform meek acceptance into overwhelming support.

But they’ll only do it if they have trust in it and are asked to get involved.

How to Involve Networkers in any Business Change Project

There are four words that govern Networker participation in any project. They are:

The business of identifying the Networkers in your organization is at once an extremely simple and an extremely hard task. If you know how to do it, it’s simple and it can be done in a day. If you don’t, it’s hard and you won’t achieve it before the next ice age. The easy route uses the science of Method Teaming®.  After an investment of 45 minutes to take instruments online, the answer is instantly and incredibly clear. Read about Intellects and how to identify them here.

Networkers don’t know what they are, so you can’t just ask them. They are not defined by superficial criteria e.g. being talkative, or being party people, or being matey with everyone. Their talent may be evident or it may not. But they use it to lethal effect every day, so you need to get them on board or they could be networking against you. Identifying the Networkers in your organization is the first step to success.

Although Networkers are masters of the formal and informal network – the invisible lines of communication that thread their way through every organization – the process of bringing them on board needs to be a formal one. Networkers will be happy about this. Just like everyone else, they want their talent to be a) known, b) recognized for what it is and c) put to good use. A program that brings Networkers together and mobilizes their support in the right way is a key step. Networkers are the pathfinders of your organization. They will light the way for others to follow. They have a natural instinct for ‘doing stuff with others’ and so a group approach will meet their strong social needs.

Networkers’ motivation is the welfare of the people around them. Involving them formally in the change project is the second step.

Now we come to the most important issue of all. For Networkers, trust is everything. They have to trust the change AND the people asking for the change, and there has to be a mechanism for how they are given a chance to become familiar with the change so they can determine whether or not they trust it and will support it. An important part of this is determining if the change will help people or hurt people.

Networkers are extremely good natural listeners. They listen to the words and read and interpret nuance and body language more accurately than a hard drive reads computer code. In a change briefing, they will look for real meaning in the face and hand movements of the senior manager who is speaking. But they will be watching the micro expressions of other managers too, looking for any giveaway sign that deception or rejection is being perpetrated. This is so natural to them, they don’t realize they are doing it. Networkers will give everything to someone they trust. But that trust must be earned.

Networkers are masters of the informal network as well as the formal. But in any project they will be on high alert for evidence that the entire C-suite is four square behind the change. In other words that the organization’s formal network is also fully engaged. If they get any hint that responsibility is being delegated, you will not win their trust and the project will be in jeopardy. Only if they are entirely convinced will they open up their trust networks.

But if they do, the project is already highly likely to succeed.

Once trust is established, there is one final step. Networkers need to be deliberately employed to involve themselves and their networks in the project.

In other words they need to be asked.

The way that this is done will vary in each organization and in each project. But the guiding rule is that Networkers look out for people and so a request that genuinely (don’t lose their trust, now you’ve won it) emphasizes a better future for the workforce is likely to win their active participation.

Note that Networkers are not free to practice their art if they are given a heavy workload that suffocates their talent. They need face-time to work their magic so they need to be allowed sufficient time to get face-to-face with their network.

But when they’re on board and singing the company song; when they trust you and they trust the change; when they’re sending positive signals out to their networks through all their invisible channels, Networkers will ensure that your business change project does not become one of the 97% of projects that fail on the people dimension.