Recruitment is changing. Candidates are asking employers ‘How will you motivate me to do my best?’ 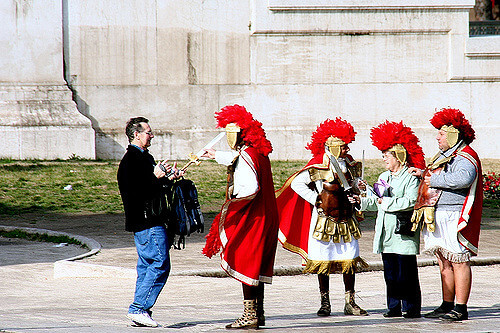 After centuries of traditional practices, recruitment is finally changing.

Exciting times in HR and recruitment generally. The game is moving from a buyer’s to a seller’s market. An analysis of trends among major multinationals shows that competition to recruit the best is forcing a new way of thinking. Employee focus is almost replacing customer focus.

Forbes Magazine lists the Top 10 workplace trends for 2017. At No. 1 is ‘Companies focus on improving their candidate and employee experiences.’ Apparently big salaries and signing bonuses are not enough. Candidates want to know more about the company culture and how it will bring out the best in them.

Also notable on the list is No.7 ‘Organizations restructure to focus on team over individual performance.’

“One of the most fascinating trends,” writes Dan Schawbel of Forbes, “is the emphasis of teamwork regardless of employment situation, industry or politics in a company. While individuals have their own career agenda, companies are now structured with teams because high performing teams will enable them to compete for the future.

Ellie Filler is managing partner, human resources practice, Europe, Middle-east and Africa at Korn Ferry. A recent Korn Ferry executive study found that nearly three-quarters of respondents reported that culture was core to the success of organizational financial performance. “This means that in 2017, employers will need to focus on and invest in their employer brand to help candidates understand the company culture and motivations within the workplace,” comments Filler.

Filler goes on to argue that the ability for HR departments to work with predictive analytics around talents and skills need, resource requirements and sourcing strategies, as well as compensation and legal governance while at the same time move quickly will be in ever greater demand if HR is to remain relevant.  Predictive analytics for team success is a key feature of Method Teaming®.

“Another key driver,” Filler says, “from the workers’ perspective, is a demand for diversity and flexibility in their roles and the ability to showcase their unique talents.” In other words, employees want their own natural talents developed to the full. Couldn’t agree more. And Intellectual Diversity is at the core of Method Teaming science.

“The impact on job responsibilities, how teams work together, and much more is already proving enormous,” he declares. “With over half of the workforce working in non-traditional positions, HR managers have their work cut out for them. They’ll need to focus more on developing innovative ways to engage and integrate this new workforce into their organizations’ cultures.” Quite.

Steffen continues. “In a survey last year, businesses told Deloitte researchers that the top issue they faced was in redesigning their organizations to fit this new reality (of less traditional teams). One trend we’re already seeing, as a result, is the spread of cross-functional, ad hoc, and steering teams—which in many cases replace or supplement the work of a traditional, full-time team of people all working together in the same department.” The need, therefore, for teams to get to know each other faster than ever before is growing all the time. In a recent Method Teaming program a team leader said, “I was able to shorten the ‘get to know you’ process from several months to 2 hours.”

There’s no doubt that factors such as the ‘gig economy’ and  the lack of sufficiently-qualified new job seekers coming into the market (Mark Carney, Governor of the Bank of England) is forcing companies to dig deep and develop the talents of their existing staff to the full. That’s the task that Method Teaming was made for.

“HR managers have their work cut out for them. They need to focus more on developing innovative ways to engage and integrate this new workforce into their organizations’ cultures.”