Talent-alignment? Or culture change? A Gardening Productivity Metaphor For Anyone Growing A Business. 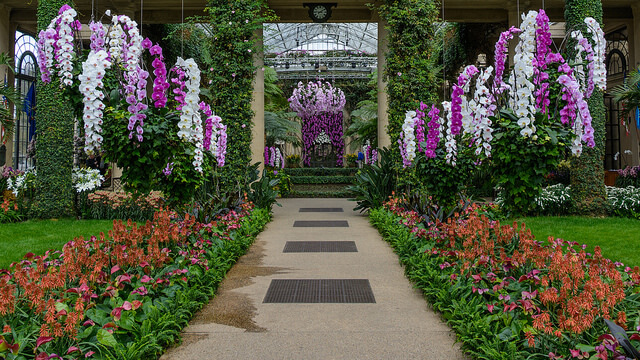 A garden had not been well tended. The surface was trampled down. The grass was patchy. Here and there a few bushes grew but there were a lot of weeds. Many plants were overshadowed by others, unable to grow. Parts of the garden were okay to look at and visit but large parts of it were unsightly too. Overall, it was less than remarkable. It was struggling to attract attention, just like a typical business.

Gardeners came and dug the surface over to loosen the soil. They uprooted the weeds and spread manure over the beds. Trees were cut back to let the light in. Some plants were moved to where they would grow better. They were placed where their colours fitted well with other, different types of plant. Soon the flowers and bushes began to grow with renewed vigour. Everything was in the right place. The garden began to teem with life and attracted many birds and insects. And paying visitors. But the garden was still wilful and untamed. It was attractive and blooming, but there was no deliberate order to what was going on.

The gardeners could see the garden was now full of life. But they wanted order because they believed this would make the garden even more productive. So they put borders around the beds to give them definition and security. They gave orders for just the right amount of nutrients daily. They laid gravel paths through the garden so that visitors knew where they could walk without damaging anything. They prioritized the smaller plants in the middle and the larger ones around the outside, to maximise photosynthesis. Now the garden was not just blooming, it had structure and order. The productivity of every part could be measured and managed.

The CEO of every business – its gardener – can choose what kind of garden she wants the business to be. To begin with she can choose to let it muddle along, as it has always done, or she can choose to make it a talent-aligned garden with abundant growth and a delightful working environment. Every plant will be doing its best. Every talent will be aligned with its role and set free to blossom and grow. Every bed (team or department) will be perfectly co-ordinated with each plant (worker) taking and giving in right measure for the whole to produce more than ever before. This will be far more productive than the tumble-down garden but still comparatively random.

Or she can make a further choice and take the opportunity presented by talent-alignment to go the extra mile and tailor-make the garden’s culture. Talent-alignment means culture change can be done quickly and easily. She can decide what type of culture best suits the business (e.g. entrepreneurial, innovative, customer-oriented) and grow that culture around it. She can order its culture to perfection.

In a cultured garden, the fruit trees will give more fruit, the flowers will allow bees to make more honey and there will be even more herbs to be sold at market.

In a cultured business, there is more discretionary effort, there is constant innovation and there is greater engagement. Profits climb faster than runner beans.