The Game of Chess – What It Can Tell Us About Building The Perfect Team. 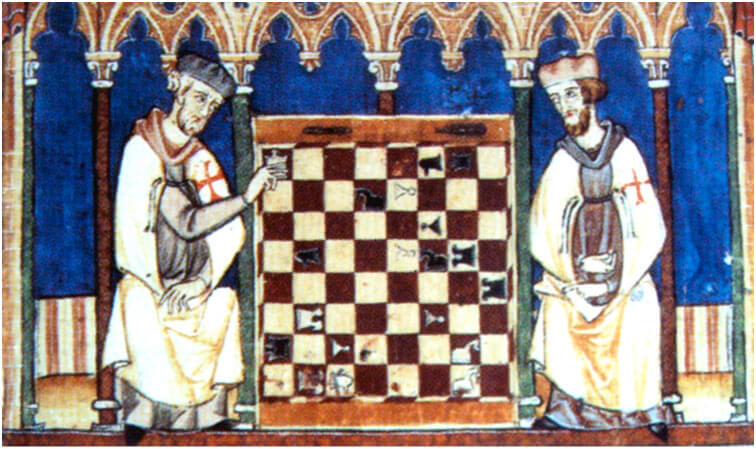 “Not much is known, of early days of chess beyond a fairly vague report,

That fifteen hundred years ago two princes fought, though brothers, for a Hindu throne…”

(from ‘The Story of Chess’ written by Tim Rice)

It’s 150 years since Wilhelm Steinitz became the world’s first chess champion in 1866. Co-incidentally that’s exactly a tenth of the time since chess was first invented, according to the lyrics of Tim Rice who wrote the words to the musical ‘Chess’.

But chess has much to teach us about the dynamics of building the perfect team.

To begin with, there are six different types of piece: king, queen, bishop, knight, rook and pawn. Of these, five represent people and only one, the rook, represents an object, originally a chariot (now a castle).

So people are more important than tools by a ratio of 5 to 1.

All the pieces have different powers. They move in different ways. It is the combination of their moves and their ability to leverage each other’s strengths that determines which side will win. Chess really is a team game.

But it’s when we look at the talents within each piece that we uncover the most valuable insight that chess can give us.

The queen has shrugged off her ‘body of a weak and feeble woman’ as another queen, Elizabeth I, put it and become the most powerful player on the board. Her inner talent has more than compensated for her lack of skill with a sword. Natural talent beats skill any day, the game’s designers are trying to tell us.

The pawns are serfs, peasants. They are there to be slaughtered. But if a pawn is patient and avoids confrontation and make its way up the board, it too can become a powerful queen. The message here is simple but stark: even the least of us conceals hidden talents that allow us to be leaders when we persist.

So on with the other pieces. It is not our obvious skills that matter, chess is telling us, but our inner talent. It is not what is on the surface, but what is hidden. When that is unleashed, no-one can stop us.

Method Teaming is a science that uncovers our own powerful talents and aptitudes. These may have lain hidden, submerged for years beneath our skills and qualifications. But it’s never too late to discover them. If we do, we may find our inner Queen or Knight and play a bigger part in our team’s success than anyone, even us, thought possible.

Now just think what could happen if Method Teaming was applied to our entire organization.