When Strategists Struggle For A Voice 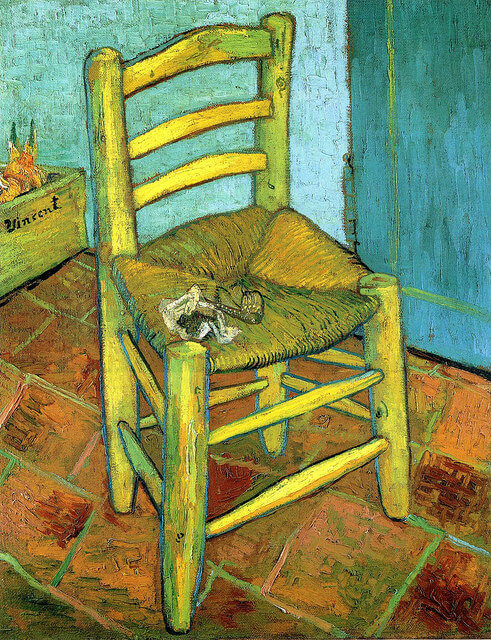 I watched Clare’s face carefully to see if there was any reaction. I was recruiting for a city firm and this was her second interview with me. She returned my gaze evenly, like a cat regarding its owner. She knew I had given her nothing and that I would have to continue. But her composure in refusing to ask the obvious what’s a strategist question was impressive.

Jousting. Fencing. Locking horns. Whatever you call that game where two people square up to each other mentally, testing the other one’s strength, measuring their mettle, Clare was up for it. She glanced for the second time at the Van Gogh on the wall, The Chair. Then she tore her eyes away and looked down at her lap, tapping at the small keyboard that rested there.

‘You’re among only 8% of the world’s population whose primary intellect is strategist.’

I paused. Was Clare an obsessive mettle detector or would she prove reasonable?

‘Great, that means there are only 600 million people like me on Earth. I’ve never felt so alone.’

I smiled outwardly. Irony. Very reasonable. But her lips relaxed a little to show she wasn’t trying to hurt me.

‘Good question,’ I replied. It was time to fill in some of the spaces. ‘To be a strategist means to have one of the most dangerous minds on the planet. You can see business opportunities that no-one else has noticed. And you can see how to win them. You can also see flaws that no-one else sees, I mean where other people’s plans are wrong. You can produce ideas on demand, ideas that will really work, and you love it when people love your ideas.’

As I made the last point her eyes shone. She had been waiting for this all her life. ‘Sounds great,’ she purred while her fingers glided over the keys, noting every point.

Then her face clouded.

‘But I trained for four years to be a lawyer. Was all of that wasted?’

‘No, no.’ I rushed to reassure her. ‘You will be a lawyer. No doubt about it. But knowing what you know now, you can make sure you become the right sort of lawyer.’

‘Do you mean like I should become a commercial lawyer rather than a family lawyer?’

I paused again, searching for the right approach. Her eyes returned to the painting. I knew she was looking at it not because it was a Van Gogh, but because it was art and she was trying to read its meaning.

‘OK, first let’s look at what you shouldn’t do as a lawyer’ I continued. ‘You’re not made to be a researcher, patiently looking up case law and building a thick document full of facts and arguments.’

‘No,’ she replied calmly.

‘Yes.’ She was following me again, her feistiness gone. The cat had drawn in its claws.

‘And you’d be no good working in a liaison role. You’d be a lousy relationship manager. ‘

‘And you wouldn’t like selling and pitching to clients, trying to win business. That would drive you mad.’

‘I’d rather put my head in a bucket.’

Clare flicked her chin a half inch to the right. It meant tell me what I should do.

‘So I’ll tell you what you should do.’

‘You were made to work as part of a team. A very specific part of the team. And it doesn’t matter whether you work in family law, commercial law, property law or Danelaw. It’s about how you work, not what you work at.’

‘As a strategist you should lead the team by designing the way ahead. They need to know the outline of the solution that the client needs, or the steps that will lead to a successful project outcome, or the structure of a perfect divorce, if that makes sense. Only a strategist can see the big picture and all the moves that need to be made, several steps ahead. The rest of the team can’t.’

‘You make it sound like a game of chess.’

‘Yes, that’s it exactly. And the strategist in you knows how to play that game of chess.’

Clare’s eyes were shining intensely. She was looking right through me.

‘One thing puzzles me.’

‘You said to be a strategist was to have a very dangerous mind. What did that mean?’

I sighed. This was where I saved her life.

‘Strategists, all 600 million of them, bless ’em, are the most undervalued, under-recognized intellect group in the world.’ I leaned forward. ‘How many job titles have the words strategist or visionary in them?’ I asked.

She shook her head none.

‘Right. Strategists almost always have to hide out as another intellect, doing something they hate. And when that happens, many are driven to misery.’

I paused to let it sink in. She nodded.

‘And a lot of strategists go off and become artists when their intellect is not recognized. It’s the only way they can put their creative talents to work. The talent that the world couldn’t see.’

Clare’s eyes lifted to the Van Gogh again. The empty Chair hovered there, saying nothing.

There was a sadness in her face now. But it was a sadness for those like her who had gone before, who had not been able to fulfill their dreams, strategists who had tried to bolt on skills – dragon teeth, I called them – that didn’t belong, and instead of art at work had found only a kind of slavery.

I had to get Clare back. ‘But when a strategist is put in the right place in the team, whether it’s an innovation team or a project team or any other, the team benefits from a sense of direction and a…a…’

‘Great word. Strategy. They benefit from having a strategy that can negotiate all the beartraps and minefields and bring them to their goal ahead of the competition. That’s the special value of having a role for a strategist on the team and putting the right person in the role.’ I sat back, confident that I hadn’t lost her.

Clare brushed a lock of hair off her forehead. She was thoughtful now – and anxious. ‘But I have never seen a job called ‘Legal Strategist’ advertised. How will I ever combine my training and my talent?’

‘You will find it,’ I assured her. ‘Now you know what your talent is, you know what to look for. You won’t settle for anything less. And when you see a job for a lawyer who’s also the team strategist, you’ll recognize it. And then you’ll pounce on it.’

If your organization needs more innovation, but you don’t know who the strategists are among your workforce, contact us.